A small leak in the roof should never be ignored, as even the smallest leaks can lead to major damage if they are allowed to go on long enough. Here are some reasons why.

Although you may not notice water leaking into the home from a single damaged shingle, moisture could still be seeping into your attic slowly. The increased level of damp also increases the chances of mold growth, both in the attic and throughout the home. Mold can be difficult to eradicate once it begins to grow in the home. Mold spores give an entire home a musty odor, and they can cause respiratory problems in some people.

The insulation in your attic can act like a sponge, which is one reason why leaks go unnoticed. The insulation soaks up the moisture so water never leaks into the main living areas of your home. Not only does the moisture ruin the insulating qualities of the insulation, but it can also lead to increased mold growth. Further, insulation holds moisture up against wooden ceiling components, like rafters, which can lead to wood rot.

Although damage may initially affect only one shingle, eventually, the water seepage through the damaged shingle will begin to compromise the integrity of the neighboring shingles. They may begin to curl as moisture seeps beneath them and causes the neighboring shingles to fail. Eventually, what began as a small, easily repairable leak in one shingle can lead to extensive damages across many shingles. The only solution may be a whole new roof.

The roof decking is made of plywood sheets, which the shingles are then attached to. When moisture gets beneath a single damaged shingle, it is absorbed by the decking board. As more moisture soaks in, it can spread until neighboring decking boards are also affected. Eventually, the wood decking will begin to soften and rot from the prolonged moisture exposure. Normally, a roof replacement only requires shingle replacement. If the decking is damaged and requires replacement, the cost of a new roof will be much higher.

If a damaged shingle is ignored long enough, moisture can eventually affect wood roof trusses and rafters. These structural components can develop rot, or they may warp as the moisture causes wood fibers to swell. This compromises the structural integrity of the roof, which can lead to expensive repairs.

Contact a roofer if you have a damaged shingle so you can avoid more expensive problems later. 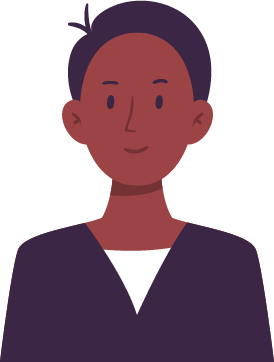 Roofs have been along for just about as long as buildings have been around — thousands of years. However, roofs have changed a lot over time. So have the jobs of roofers. Thousands of years ago, roofers knew how to create bundles of straw and use them to make a roof. This process was known a thatching. These days, however, roofers know how to install shingles, put metal sheets on the roof, and lay tile. These are different skills, and they are all very important skills. Join us in discussing these skills, and the work of roofers in general, on this website.

Why Your Roof Needs Underlayment And How It's Applied
23 June 2022
When you get a new asphalt shingle roof put on, your contractor will probably put down new underlayment too. Underlayment is a barrier that goes on to …

Less-Intense, Eco-Friendly Alternatives To Green Roofs
17 June 2022
If you want to keep your home eco-friendly, then you might be considering a green roof. These roofs, which are planted with live plants, can be pretty …

New Homeowners Beware: DIY Roofing Projects Can Be A Major Mistake
6 June 2022
The expenses of roofing can cause many homeowners to look to DIY solutions for roofing their homes. This can be a major mistake, and there are several …